Monday's Review of Half Blood By Author Jennifer L. Armentrout

The Hematoi descend from the unions of gods and mortals, and the children of two Hematoi pure bloods have godlike powers. Children of Hematoi and mortals--well, not so much. Half-bloods only have two options: become trained Sentinels who hunt and kill daimons or become servants in the homes of the pures. Seventeen-year-old Alexandria would rather risk her life fighting than waste it scrubbing toilets, but she may end up slumming it anyway. There are several rules that students at the Covenant must follow. Alex has problems with them all, but especially rule #1:Relationships between pures and halfs are forbidden. Unfortunately, she's crushing hard on the totally hot pure-blood Aiden. But falling for Aiden isn't her biggest problem--staying alive long enough to graduate the Covenant and become a Sentinel is. If she fails in her duty, she faces a future worse than death or slavery: being turned into a daimon, and being hunted by Aiden. And that would kind of suck.

Hey Guys! Please note: I don't send out ARCs for review. If you're interested in reviewing a book of mine before release date, please contact the appropriate publisher. I also do NOT check my Goodreads email.

To email me, please use the below addy.
jenniferlarmentrout@live.com
# 1 New York Times and USA Today Bestselling Author Jennifer L. Armentrout Lives in West Virginia.
All the rumors you heard about her state aren’t true.
Well, mostly. When she's not hard at work writing, she spends her time, reading, working out, watching zombie movies, and pretending to write.
She is the author of the Covenant Series (Spencer Hill Press), the Lux Series (Entangled Teen), Don't Look Back (Disney/Hyperion) and a yet untitled novel (Disney/Hyperion), and new YA paranormal series with Harlequin Teen.
Jennifer also writes New Adult and Adult romance under the pen name J. Lynn. The Gamble Brothers Series (Tempting the Best Man/Tempting the Player) and Wait for You. Under her pen name, she is published with Entangled Brazen and HarperCollins 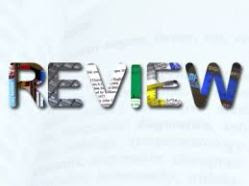 I read some other reviews regarding this book and the amount of people that suggested it was like Vampire Academy, had me curious. Yes it was but it was also unique in its own way.

Alex the main character is a fighter, on the run with her mother, she’s a half blood protector of the pure’s, but when she runs into trouble with daimons her mother is killed and she’s saved by the pure’s one being Aiden. Wow is hot. J

I loved Alex’s dry sense of humour her smart mouth and her drive. She’s like a disobedient child when someone says go left she will go right. But it’s fun to read, as she trained by Aiden who is forbidden to the likes of her. Half bloods and pure’s are not allowed to be together, and it’s tough as they train the feelings she has for Aiden grow stronger.
She also has some awful people to deal with like Lea who’s nothing but a bitch, but Alex ends up breaking her nose and I loved it. It was so deserving to hell with the consequences. Then there’s Lucian her step-father who is the worst parent of all.

But Alex is also surround by some really cool people like Caleb her best friend who ISN’T in love with her, and I appreciated this so much in the book. Majority of male best friends are in love with the MC. So this was a breath of fresh air.

The love story between Aiden and Alex is electric but for me I loved Seth the Apollyon, he was rude yet cool, sounded gorgeous but towards the end of the book we got to see a nice side of him. (well kind of). :)

Overall really enjoyed this story it was non-stop action in every department and I love a MC with a sarcastic mouth.
Posted by Unknown at 07:33