SPOTLIGHT AND REVIEW FOR THE GALLOW'S SERIES BOOK TOUR 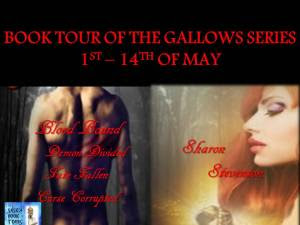 19-year-old twin demon trackers Shaun and Sarah Gallows are used to running into trouble - mostly the kind with fangs - but while Sarah embraces her powers to their fullest extent, trusting her instincts implicitly, Shaun distances himself from his abilities and can do little more than despair at his sister’s reckless nature and idly back her up.When they come across 17-year-old Melissa Carling, a demon tracker who’s been torturing innocent super-naturals, they know they have to stop her. Sarah is desperate to punish Melissa for what she’s been doing but Shaun’s instant attraction to the girl points to a soul-mate bond stronger than anything he’s ever had to fight before… 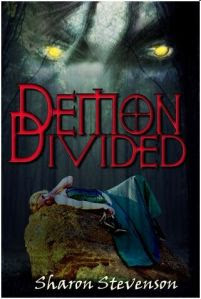 Blurb:
***This is the second in the Gallows series of novels - the following description contains spoilers***Twin demon trackers Shaun & Sarah Gallows are getting used to dealing with supernatural threats...Six months after Sarah's reckless choice, she is struggling to deal with what she has done and trying to find a way to break free from the demon bond she has made. She finds out the vampire lied about his maker and she's faced with more difficult decisions.Clueless to what his sister is going through, Shaun has been spending time in White Oaks on the pretence of training with his parents. He’s determined to find out who Elle’s working for, and he’s thinking about asking her out, maybe.A new threat surfaces in White Oaks and the twins have to neutralise it before things get out of hand, and before the Council find out. It would just be another day's work, if Shaun wasn't being accused of murder and Sarah wasn't being driven to distraction by her demon... 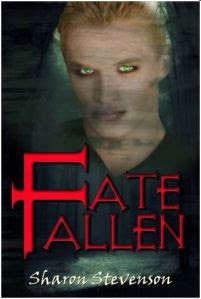 Blurb:
***This is the third book in the series and as such the following contains spoilers for the first books***Shaun & Sarah Gallows are demon trackers, hunting down and dispatching supernatural threats by order of their Council. A few months past their twentieth birthday, Shaun takes Elle to Shadows Grove to check out the site of the brutal murder he's become obsessed with. The ill advised trip starts unlocking his own past and the mystery of his destiny begins to unravel.Sarah realises she needs to train Ray to keep him safe. When her mother finds out she took him on a job, she gives Sarah an ultimatum that forces her rethink their relationship.***Be warned this book is Adult Modern Fantasy, not YA. It is not suitable for younger readers as it contains profanity & sexual references. Blurb:
***This is the fourth in the Gallows series of novels - the following description contains spoilers*** Twin demon trackers Shaun and Sarah Gallows are used to dealing with supernatural threats but what happens when that threat comes from within? The twins are in the middle of a murder case when Shaun is captured by werewolves. Suddenly his future as a tracker is in question. Faced with the choice of remaining as he is and continuing to serve both the Council and the Seelie Court, or becoming a werewolf powerful enough to be an Alpha and gaining a life with a mate he is already attracted to, Shaun is conflicted. His werewolf curse was corrupted after he was ravaged in battle and now a witch has removed the corruption. He has days before his first shift takes all choice away from him and he becomes wolf. Can he make his decision in time, or will it be taken out of his hands? Meanwhile Ben has come back into Sarah’s life and is attempting to prove he has changed. She isn’t sure if she can trust him but when it comes right down to it she may have no choice. When she is marked for death she must find a way to defeat a demon and avoid being dragged to hell without the use of her physical fighting skills. Her demon bond might be the key to her survival, but can she trust War to look after her best interests when he could have her to himself in hell? 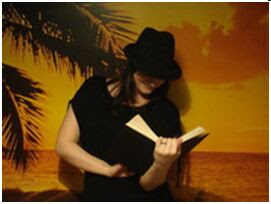 I'm your typical reclusive author type. Anti-social in person, but I love tweeting online friends! I love my laptop, probably a bit too much mind you.If you want to know more, check out my website or follow me on twitter.I'm a reader and enjoy finding new indie authors to follow - there are so many good ones out there! I'm fairly new to posting reviews but I do try to be fair and honest and will not post anything less than 3 stars, as if it is not at least that good I just won't finish it.

REVIEW OF BLOOD BOUND (THE GALLOW'S #1)

Firstly I was given this book for an honest review.

If I had to compare this to any other book, it would have to be the Demon Trapper by Jana Oliver, in its style.

The story is told through the eyes of 19year old twins Sarah and Shaun who are fallen. They live in a small house set in a forest, this is their base, a place to retire to after a long day’s work, but nothing ever goes smoothly in their personal lives or work. Their jobs are given to them by the council; if it’s helping a witch who is enchanted by black magic or slaying a nest of vampires, the list goes on of the supernatural creatures that are in this book, fairies, demons, werewolves, vampires and witches.
With all these creatures the story is fast paced and keep’s you reading – hence why I finished it in two days.

Shaun who is one of the 19year old twin’s is an amazing character. I love his sense of humour which is dry and his moody personality. I just took to him straight away. His story is a little more complex than his sisters with a horrible run in with a vampire that costs him an eye and a badly scarred body. His experience makes him suppress his powers, making his job harder, but through the story he finds his powers, with the help from some people not all good especially Melisa who is just pure evil.

Sarah on the other hand is caught up in a love triangle between Ray and Dev, it’ funny throughout the book but I got annoyed by the end with Dev, I don’t know what his story is but I am hoping there is more than what meets the eye and hopefully it will be revealed in the next book. I wasn't completely enthralled with Sarah, yes she was exciting and the story through her eyes was fast paced. I like her but just didn't fully connect with her

In saying all that I would highly recommend this book, the writing was easy and flowed. It was a well thought out and written book. I hope I have the privilege of reviewing the second book.

REVIEW OF DEMON DIVIDED (THE GALLOWS #2)

This book was given to me by the author for an honest review. Demon Divided was a fast paced, smart talking, and well written book.

I love the Gallow siblings but my favourite being Shaun. Don't get me wrong Sarah is pretty cool but her love life is too crazy for me to keep up with, between Dev, Ray, Ben and now War, O and a pet wolf, it's just to crazy. With Shaun it's just Elle which I love and Elle had me laughing so much throughout this book.

The three main Characters Shaun, Elle and Sarah are all smart mouths giving you plenty of laughs throughout the book.But the story is also very gruesome, a lot of heads get cut off, and hearts ripped out. it was far more gruesome than the first book.

At first I had no idea where the plot was going a lot of deaths and a lot of involvements, but when Shaun gets his auntie's Diary it soon puts everything into place, and with Sarah creating more problems then necessary you have a lot of sub-plots but they are all tied together.

I'm left still with lots of questions. War being one of them, but i also wonder is Elle really who she says she is, her name changes too much, she talks a lot but says nothing really. and what about Will? or will the council finally catch up with the Gallow Siblings.

Sigh I guess I will have to read the next one to find out.