Book Tour ~ Price of Vengeance ~ Spotlight and Interview with a giveaway 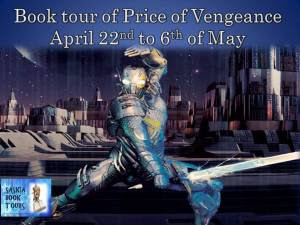 "Liam! What have you done?" Marcus demanded. "You know our teachings on revenge."

Suddenly, irrationally angry, Liam straightened. "How can you defend him after what he did? To you, to Mom, to my birth parents, to everyone we cared about?"

With a howl of despair and emotional agony, Liam dashed forward, through the shade of his father, blindly running into the sewers.

What is the Price of Vengeance? One could understand why Liam is angry. Orphaned at the age of two by a group of giant carnivorous insects called the chitin, he was adopted by High Councilor Marcus and his wife, Lidia, and raised with their older son, Randolf, in New Olympia, the last remaining city on the planet Etrusci.

As an adult, Liam becomes a soldier. After being cut off from the city, he finds that there is an alien intelligence behind the chitin. To defeat it, he must discover who he is and how to use his powers. When Liam discovers that a traitor responsible for his birth parents' deaths has also murdered his beloved foster parents, he might find that the price he has to pay in his quest for vengeance will prove to be an even more unbeatable foe.
BUY LINKS: 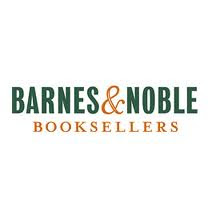 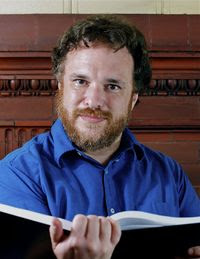 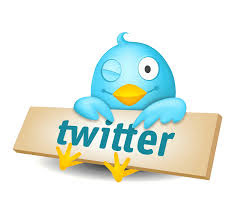 Tell me a bit about yourself.

I also do book reviews for Invincible Love of Reading under Kurt’s Frontier. I deal mostly with science fiction and fantasy.

When did you first consider yourself a writer?

I had my first hints of wanting to be a writer when I was in grade school. I was always complemented on my stories. I tried to write science fiction in high school, and tried to go professional in the 1990s with Queen of Thieves, a fantasy novel that I submitted to several publishers, though it was never published. That was when I first learned the importance of plotting a novel.

What inspired you to write your book?

I originally got the idea for Price of Vengeance as I was walking home from school when I was doing my Master of Literature in Ireland. I had this idea of a young warrior, who did not belong to the culture he was defending being betrayed and trapped outside the city by people who didn’t like him because of his background.

When the economy tanked just as I was finishing up my PhD, I was a bit depressed. Finding a job I was trained to do had gotten exponentially harder. I found myself getting very angry. I decided to start writing as an outlet. It was a way to explore my inner demons.

If you had to choose, which writer would you consider a mentor?

I would say, without reservation, the late Andre Norton was one of the biggest influences on my writing. Of her science fiction novels, my favourites were her Forerunner series which blended technology with ESP powers as did many of her sci fi novels. I was also a big fan of her Witch World fantasy novels.

What book are you reading now?

I tend to read several books at a time, especially now that I am officially a reviewer. Currently I am reading Vampire Origins—Project Ichorous by Riley Banks and Desperate Pursuit in Venice by Karynne Summars. I was told long ago that I shouldn’t limit myself to reading only in my own genre. I’ve actually found some remarkably good books in popular fiction, and even romance. I had steered clear of romance novels most of my life. I was once a Page in our local city library. Old ladies checking out large shopping bags full of romance novels does tend to leave one scarred.

What do you like to do when you’re not writing?

What time of day do you write?

There isn’t any particular time. I usually joke that my most productive times are when I should be doing something else. I write a bit between classes on Tuesdays. I also find going to a coffee shop provides a welcome change.

Where do you get your ideas for your books?

Ideas can come from anywhere. The most powerful tool in any author’s creative arsenal is the question “what if…?” I’ve gotten several ideas from The Universe series on the Science Channel.

If you couldn’t be an author, what would your ideal career be?

I would probably be putting more effort to getting an assistant professorship and getting grants to do my own excavations in Ireland.

What is your favorite tv show?

Mythbusters at the moment.

.  Can you tell us about your upcoming book?

Price of Vengeance takes place one thousand years in the future. It is set against the backdrop of an interstellar civil war, referred to as the Rebellion. The planet Etrusci is cut off from the rest of the galaxy by a mysterious force field. The inhabitants have been pushed into one last refuge, the city of New Olympia, by giant, carnivorous insects called chitin. The majority of the story takes place when Liam is a young adult. He has joined the city’s military and does his part to hold back the chitin. By training, he is a sniper. When he is cut off outside the city, he discovers that there is an intelligence behind the chitin. After getting back into the city, he finds that a traitor has murdered his beloved foster parents. He is understandably upset by this and chooses to hunt down the traitor and tortures him to death. However, his actions go against everything he was ever taught. He has to deal with his guilt while at the same time trying to stop Azurius, the alien intelligence that controls the chitin. Through it all, he must learn how to use his abilities of stepping out of time and dreamwalking.

.  Do you have any advice for aspiring authors?

.How do you cope with writer’s block?

What is writers’s block but authors letting life interfere with what they love. When I find it happens to me, I will work on test scenes for future stories. I will reread a little to see if I can get the passion back. If all else fails, take a laptop or tablet and go somewhere else. You’ll be amazed what a change of scenery can do.

.What was the hardest thing to cut from your manuscript?

I really didn’t have to cut anything that was too painful in the first book.

It was actually in Promise of Mercy (my next book) where I found my hardest cuts to date. I had to change scenes that I spent a lot of time on. It involved Deirdre (Liam’s daughter) using the threat of castration to get information from a pivotal character who was working with the enemy. My mother thought it was too intense for a younger audience. I tried to rationalise it away. Finally, my brother gave a manuscript to my twelve year old niece. When she got to that part, she was like “should I be reading this?” I finally gave in and reworked that part.

Where can we buy your books or visit your website?