Spotlight for Heart of the Witch - By Judy Goodwin 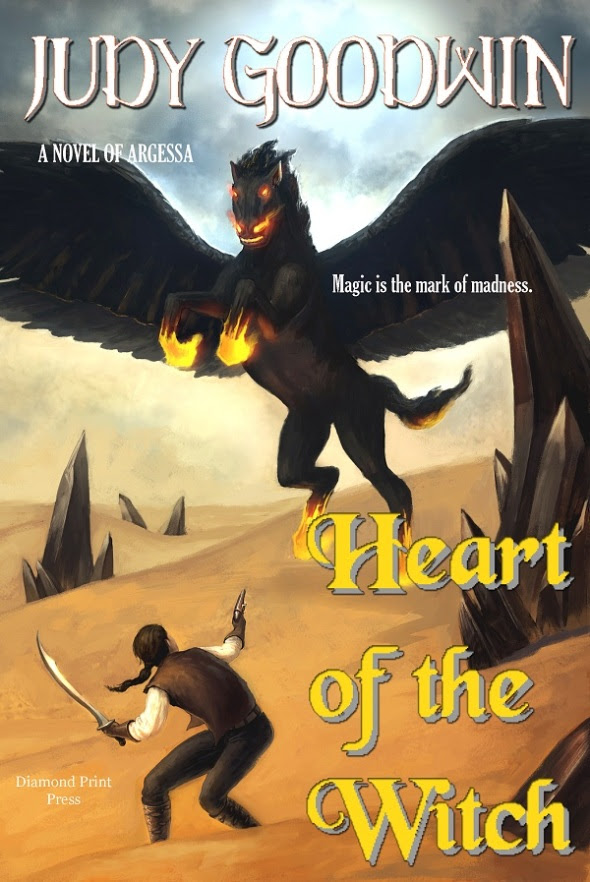 Synopsis:
Zerrick's fears are closing in on him. A local girl has been accused of witchcraft. There are murmurs of a cursed illness in town. And Zerrick's father, the town Reverend, has announced that he is leading a vendetta against magic and will burn them at the stake.
The problem is, Zerrick is the witch.
This is the start of what will be a monumental journey for Zerrick, to answer the question that most plagues him. His people, colonists in the land of Argessa, think that magic is evil, yet the native tribes use it as a tool for good. As he travels deep into the land, Zerrick must decide for himself if he is damned or blessed. A woman, an old scout, and a funny little creature will all help him face his worst nightmare, the Ravenger, a demon of unspeakable power.
In the end, he'll find the heart of magic.
About the land of Argessa:
"At first glance with the witch hunts you might think this is an alternate America, but if you look closer, you'll find things are different. Outside the town walls are wild jungles. The natives have black curly hair and beards. In fact, I based Argessa on Australia in the Queensland region, so when Zerrick makes his journey, he travels through rainforest and jungle eventually into wild brushlands and finally into desert. The Put-na, the native people, are loosely based on Aborigine, as is their language."
About the cover:
"I worked with a Brazillian artist, Lucas Pandolfelli, for the cover illustration of the book. He was excited to depict a critical scene near the end, where Zerrick faces the Ravenger, a demon who works for Angist, the god of evil.

Where can I purchase this book?
Amazon
Barnes and Noble
Kobo
About the Author: 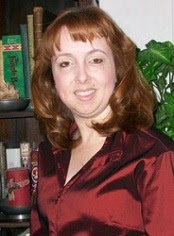 Judy Goodwin has been writing for several years in between being a single mother and writing as a technical consultant. Her short stories have appeared in magazines, She writes primarily fantasy, science fiction and humor. When not writing, Judy enjoys visiting local festivals, volunteering for the Arizona Animal Welfare League, and reading history books. She currently lives in Gilbert with her daughter and far too many dogs and cats.
From the Author:
Heart of the Witch, an epic fantasy novel:
"I came up with the idea for this book as a way to explore a fantasy setting outside the tired old medieval castle with the knight and the princess. By setting my world in a slightly later time frame--the 1600's, it gave me a whole new set of problems to work with. Colonialism. The pushing out of native people. Exploration of a new continent. And witch hunts. There could still be magic, there could still be monsters and quests and fair ladies, but I thought this could be a fresh new spin on old tired themes."
Where can we find you?
Goodreads