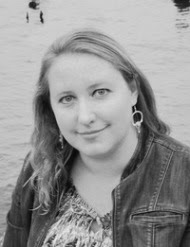 About the Author:
Melissa Eskue Ousley is the author of The Solas Beir Trilogy. "Sign of the Throne," the first book of this young adult fantasy series, will be released on September 14. She is currently working on the second and third novels in the trilogy, "The Rabbit and the Raven" and "The Sower Comes."Melissa lives in the Pacific Northwest with her family and their Kelpie, Gryphon. When she’s not writing, Melissa can be found swimming, hiking, kayaking, scuba diving, or walking along the beach, poking dead things with a stick.Before she became a writer, she had a number of educational jobs, ranging from a summer spent scraping roadkill off a molten desert highway to years spent conducting research with an amazing team of educators at the University of Arizona.
Where can we find you?
Website: MelissaEskueOusley.comFacebook: www.facebook.com/MelissaEskueOusleyTwitter: @MEskueOusleyGoodreads: http://www.goodreads.com/MelissaEskue... 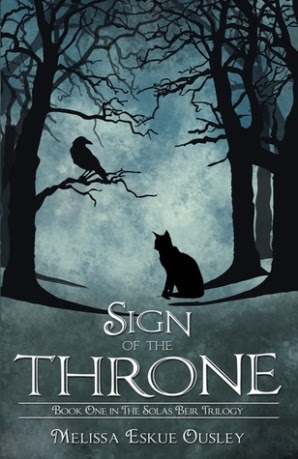 Synopsis:
Abby is an ordinary girl haunted by dreams of an ivory castle, blood-thirsty monsters, and a striking stranger. Working as a babysitter for a family of mythology lovers in wealthy Newcastle Beach, California, she struggles to define herself among the elite class while trying to make sense of her strange visions. Upon meeting David, the doppelgänger of the mysterious young man in her dreams, Abby’s life is changed forever.Encountering the queen of Cai Terenmare, a magical kingdom in a parallel world, Abby learns of an evil lord hell-bent on usurping the throne, the murder of Cai Terenmare’s king, the Solas Beir, and the kidnapping of the Solas Beir’s infant son.As the kingdom struggles to endure, the queen shows Abby the full extent of her destiny. She must convince her mysterious crush, David, that he is the lost heir. While braving attacks from the dark lord’s sadistic minions, David must realize his true identity and return to Cai Terenmare to claim his throne before time runs out, lest the evil that was temporarily locked away be unleashed, threatening to destroy both the kingdom and all of humanity.
Where can we purchase this book?
Barnes and Noble:http://www.barnesandnoble.com/w/sign-of-the-throne-melissa-eskue-ousley/1115663684?ean=9781938281334&itm=1&usri=9781938281334
Kobo: http://www.kobobooks.com/search/search.html?q=Sign+of+the+Throne&utm_source=linkshare_us&utm_medium=Affiliate&utm_campaign=linkshare_us&siteID=GwEz7vxblVU-zCJb9OMtmfEvULapMbPBDA
Posted by Unknown at 14:03