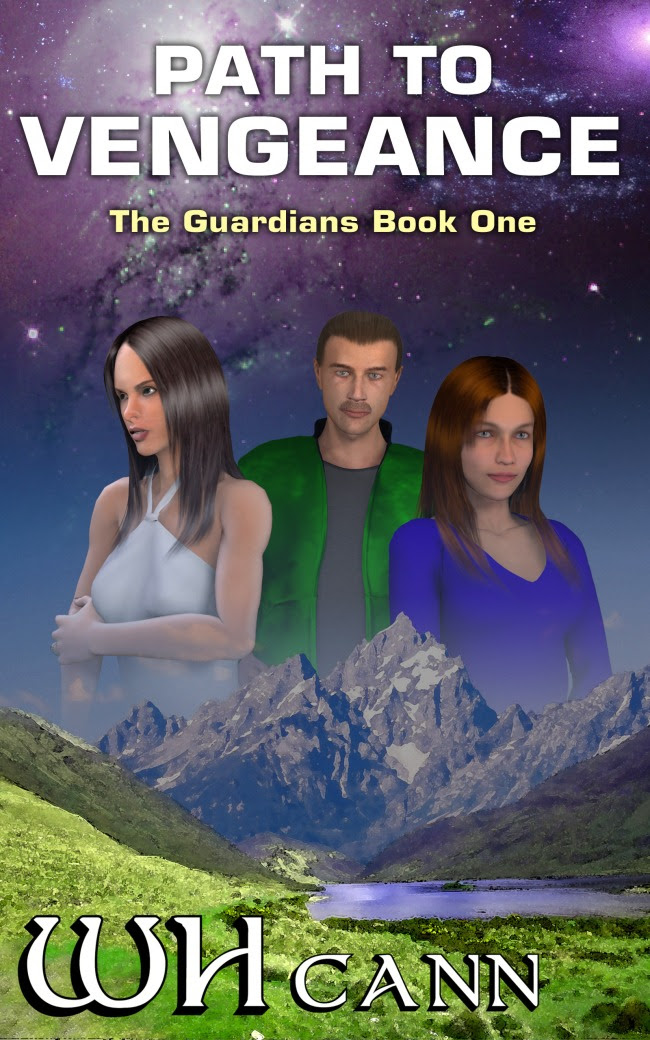 Synopsis Book 1. Path to Vengeance
When his brother, father and fiancée are killed by Krelathan raiders, Grogaan’s life is ripped apart, causing grief, anger and rage. He vows his revenge and sets about on his ‘path to vengeance’ by purchasing and upgrading four starfighters for him and his friends.
As a result of his intense emotional trauma brought on by his losses, he experiences troubling and disturbing dreams, leading to bouts of severe depression.
Feeling guilty over the loss of his loved ones, especially his fiancée, Grogaan avoids romantic involvement until Joeen, his brother’s former fiancée re-enters his life, causing him more emotional turmoil. This is further compounded by an unexpected encounter with Ellarna, a Senator's daughter, who he is besotted with.
A chance meeting with members of a long forgotten sect, ‘The Brotherhood of the Teragon Eagle’, on a nearby planet, together with information revealed to him by his mother, prove Grogaan’s unique abilities are due to his family heritage; an ancestor having been a respected wizard and a member of the Guardian Order.
Grogaan and his friends prove their piloting skills and spearhead the counter offensive against the Krelathan raiders. However, it’s his abilities enhanced by his gift of magic that take him and his friends on a path that impacts on the future of the galaxy as foretold by a two hundred year old prophecy; a path he begins to tread while developing a powerful relationship with one of the two women. 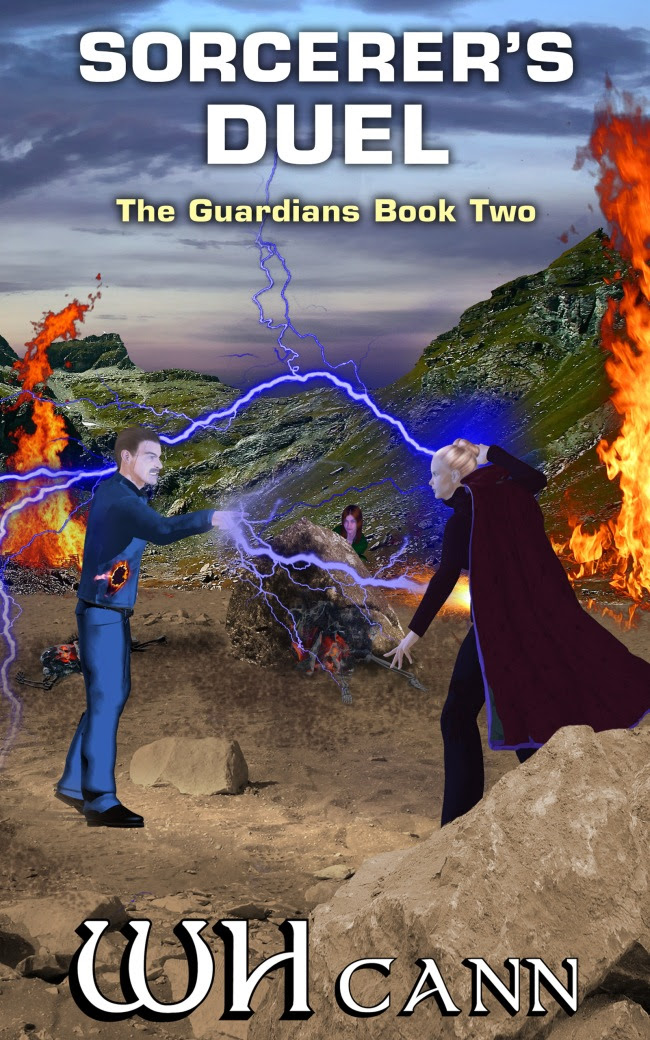 Synopsis Book 2. Sorcerer’s Duel
Having survived the Battle of Mabraant and with no system in the quadrant safe to settle on, Grogaan leads his friends on a new adventure deep into the heart of the neighbouring Ladorran Quadrant.
After being reunited with his soul-mate, Grogaan and Ellarna meet the famous Guardian Master Sorann Taggash. The Master confirms Grogaan’s adeptness in magic, and although Grogaan already knew Ellarna was also adept in magic, she was surprised when Sorann reveals the fact to her.
Grogaan and Ellarna under the supervision of Sorann, embark on a training programme to become Guardians. Grogaan’s skills develop swiftly but his emotional control due to past trauma and depression hinder his development. They take a short break to undertake a dangerous mission back to Mabraant, where Grogaan and Kopaz Squadron tempt fate to the limits, and deal another painful strike to the Empire.
During a visit to a neighbouring planet, Grogaan discovers a long forgotten underground installation that contains a sinister secret. It is this discovery, together with Grogaan’s powerful emotions, that sets off a chain reaction that has sinister, dire and tragic consequences. This impacts not only on the lives of Grogaan and many other individuals, but also on their progressing relationships, culminating in a spectacular duel between two powerful sorcerers. 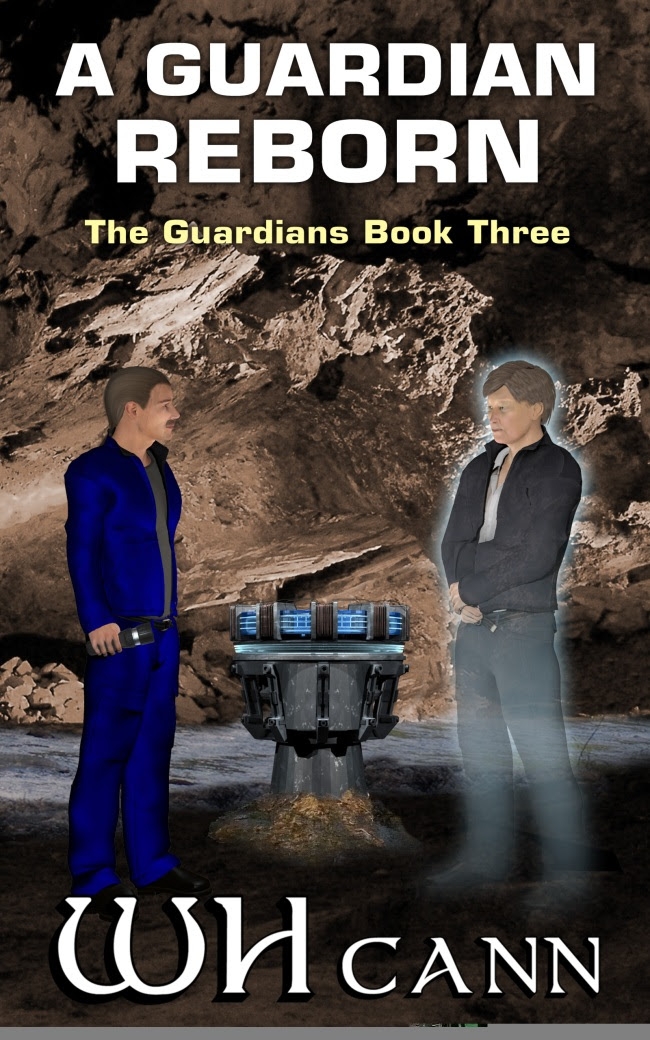 Synopsis Book 3. A Guardian Reborn
Having survived his duel with Empress Hefrask, Grogaan now fights for his life, which hangs by a thread. To prevent him from being discovered by Imperial forces, Ellarna hides him the cave where their ships are parked, and protects them by magic.
While in hiding, Ellarna discovers new gifts in the art of magic, ones greater than are currently known of by Guardian Master Taggash, and revealed to her by some strange creatures indigenous to Cassendra. When Grogaan finally awakes, he breaks some devastating news to his fiancée; he has lost both his memory and his gift in magic.
While on the road to recovery, he meets a mysterious stranger in an underground cavern, who has a profound impact on his life, but can Grogaan recover physically and mentally, and regain his memory and magical powers before the Hebradon Empire returns to the Ladorran Quadrant to continue their conquest.

Where can I purchase this book?
E-Book Version
Amazon US
Amazon UK
Smashwords
Barnes and Noble
About the Author: 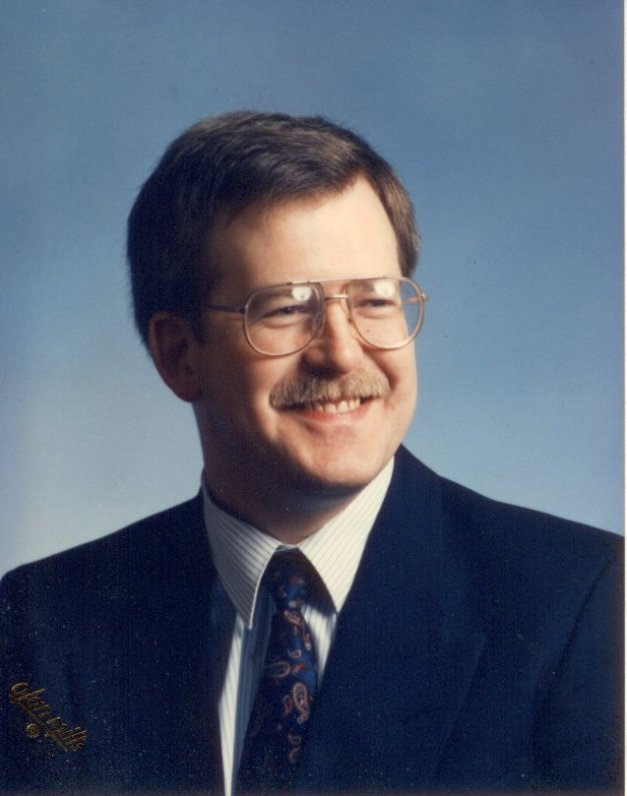 Bio
My passion for reading started from a very young age, but my interest in fantasy and science fiction started when I was a ten and my father gave me some Conan books by Robert E. Howard and the series Thongor of Lemuria by Lin Carter, and of course the arrival of Star Wars. I have loved reading ever since. Fantasy is still my favourite genre followed closely by science fiction, but my tastes include adventure, military history both fiction and non-fiction (pre 1850′s), plus a variety of others.
My foray into writing did not begin until after I suffered a back injury in 1998, and decided to have a go at writing a story to pass the time away, needless to say I became hooked and the story turned into full length novels. I continued writing when I returned to work, spending a little time each evening. I took a few years break while I immersed myself in genealogy, but finally picked up the pen (and returned to the PC) and resumed my writing in spring 2011.
I am married with two children, both having now left home, my daughter with a family of her own living in Pembrokeshire, my son living and working in Cardiff. I also have two beautiful grandchildren. I was born in Cardiff have served in the RAF as an aircraft engineer am now employed as a finance officer in local government. I now live in Pembrokeshire, West Wales.
My favourite activities are walking, reading, researching family history, watching classic British Sitcoms, good dramas, and films, and listening to music. When it comes to music, books and DVD’s, you can never have too many!
Where can we find you?
http://whcann.co.uk/